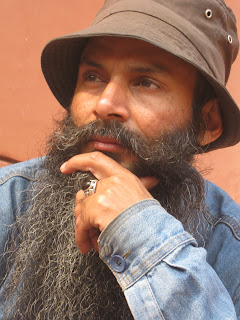 To be modern, an artist must first of all feel contemporary. If he has a contemporary sensibility, the modernDistortion is a beauty, if basic grounding of the formal realistic art has been experienced. Amit Rajvanshi has done it superbly. He has brought a simple, chaste style of flowing lines and gentle curves. trend automatically follows.
It is said that when the god feel alone, He create the world by male-female relationship. Amit feels the same and paint this relationship in his paintings.
Best known for large figurative nude paintings, he regularly explores the theme of romance, sexuality, power and the subversion of social codes through his works.
Since the beginning of his career, art is a self expression of emotions and language of love, romance, sex, power etc. He love art to express individual feelings and character.
The most salient feature of his work is woman figure that contrast with a bold intensity of color to reflect not just what he see, but feel and intuits. Above all, to intimate what cannot be defined in words.
His fascination with the female gender is always evident. It goes beyond analysis and into adoration. This fascination is revealed through expression of emotional and sensual pleasures.
His works are remarkable in its maintenance of a delicate balance between figuration and its elements.
His paintings with their bold colors, relationships and rhythm , curves, flexibility, mood, softness emit sensuality and romance. He want art to speak rhythm of body and its light and shade.Amit Rajvanshi endowed with a lot of such sensibility.
Project for NYBA
INFINITIVE JOURNEY OF LIFE
According to the Holy book of Hindu "Mad bhagwat Geeta" change is the law of the universe. What you think of as death is indeed life and Amit Rajvanshi believe in this philosophy. So this claim that the "end of the world" is coming in 2012 is complete non sense. There is no end to the material world except the living entities (the spirit souls) including the planet and the universe itself is ultimately a temporary manifestation. Everything has a time of creation and will have a time of destruction.
however, in the bigger picture, the destruction is not actually destruction. It is simply an exercise in the conservation of energy.
Einstein came up with the proposition that both energy and matter cannot be destroyed. They can only be transformed from one form to another.
I also believe that our whole cosmic quest of the world and beyond starts from the point of "PANCHBHUTA"(five elements)which then manifests in an enjoying manner to form the life force and then later, those five elements disintegrates to ensure a celestial traverse at the atom level. These five elements are Earth, Water, Fire, Air and Ether. 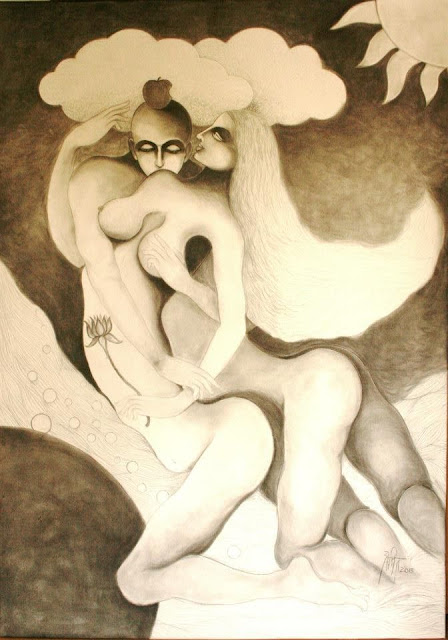