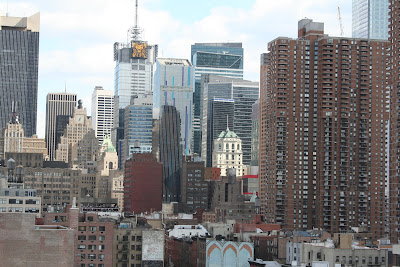 Why "END and OVER"


With great pleasure we wish to communicate to you that the second edition of NY BIENNALE ART ( NYBA ) will be held in  March, April and May 2013.
After the success of the first edition our dream is the same: to change the dominant system.
NYBA is an idea of Pietro Franesi now supported by private collectors and Foundations. Our mission is to promote artists, established and emerging, that are working on the border line of the contemporary art, in any kind of visual art, creating  a direct line between collectors and artists, developing a new concept of art  product, surpassing the traditional concept of places dedicated to host the art event, basing the communication  on the artist and not the organizers of the event.

We are finalizing the selection of the artists. Will select 69 artists from many countries on  a total of 3000 candidates.
The title of the next edition is : " END and OVER "
We will dedicate this edition to the relationship between art, science and religion and accommodate all views, even those that we do not agree, because artists must be free.
The year 2012 is supposed to result in a slew of natural disasters culminating in the end of the world (as we know it, or think we know it, as the case may be). We know this prediction. Never mind that the date for Armageddon was originally set as December 24, 2011. We now know that these events will occur at exactly 11:11 GMT on December 21 2012. Those Mayans really knew everything about astronomy, since their calendar consisted of 260-day periods, which we now know represents
the true length of the solar year! According to the Mayan calendar, the "Great Cycle" equates with 5,125.36 years, which began on August 11, 3114 B.C. and ends in 2012. Unfortunately for the Maya (but maybe fortunately for us), they ended before their calendar. Other prophesiersThe Maya were not the only people to predict the end of the world. Incan and Egyptian calendars, as well as with the prophecies of Nostradamus, Edgar Cayce (famous for predicting from 1958-1998 that a tilting of the Earth&rsquo;s axis would result in "The earth will be broken up in the western portion of America. The greater portion of Japan must go into the sea."), and the I Ching, Hopi Indians, along with a slew of wackos have indicated that the apocalypse will occur in December 2012. Nostradamus predicted a great comet, Nibiru, would impact the Mediterranean on December 21, 2012.
We are close to the end? End of what?
Why New York?
Nowadays New York is considered the international capital of contemporary art. New York still doesn't have an event that marks its supremacy in the field of contemporary art.
The NYBA is committed to fill this gap and call back to New York every two years the best of the international artistic production, the avantgards, and all those who tries to overpass the boundaries of and between the arts, in particular the new artist generations.
They are anging forgotten by this stupid system.
The dominant system only looks at turnover.
Money, money, money.

They think just the present day
Tomorrow is not interested
In their hands the artistic product has become  a financial product.
After preparing real estate  bubble and financial bubble are also preparing one of contemporary art.
I can not wait to see it!
I will arrange a big party and we'll begin a new era,
Not Damien Hirst and his fucking dog fish,  not Jeff Kons and his fucking sweet hearts.
Next Biennale will continue to beat the path of research, quality, innovation
We have to change.
We can change.
Pietro Franesi
Director 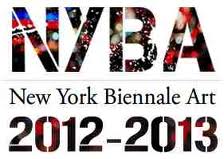