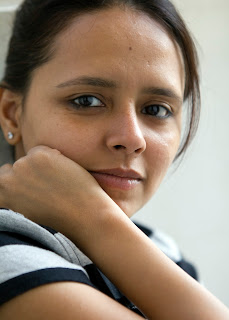 Experience (outside the field)
Ongoing assignment – Working on interior of an Ayurvedic hospital – precisely on the aroma and colures scheme.

Other Interests
Photography, experimenting with fragrances by studying and understanding the chemical processes in their making.

Ice as a medium in the work has a varied implication. It serves as a base that supports many different ways of execution i.e. carving, moulding, drilling drawing and many more. But the inherent nature of change is always central to the medium. It holds the marks may it be the techniques mentioned above for a given moment of time but not for prolonged passage of time (unless preserved by maintaining environmental factors). This fleeting and ephemeral nature of the medium destabilises the notion of permanence. The dynamics of change is immensely important and applied to the span of existence in any material or organism. As the famous saying by Heraclitus “you cannot step twice into the same stream” echoes the ever-changing world. Some changes are drastic and violent where some are subtle and slow.  Ice in my work underscores the change that is the only potent and permanent phenomenon in the world.
In my work H2O(S) which starts from a solid block of ice; puncturing hole with drilling machines, later filling colour in the holes and let it spread on its own accord. For the climate of India ice is not a natural state of water and for the reason allows disintegration to a more stable form (liquid) in a span of time. As the ice disintegrates it slowly allows colour to permeate into the block of ice, giving slow spreading effect within the block. In the end completely transformed to liquid with the colour mixed all throughout the work.
With the conception of the work a significant term Metastability plays a vital role. As the term suggests for a stable state of substance provided it is subjected to no more than small disturbances, seem paradoxical. It shows the unchanging nature of a material due to the fact that it is not worked upon by external factors. But as a matter of fact instability is inherent to everything. The work show this state of metastability when there is a silence without any changes, a state of stability of the block of ice in the space and time, unless it is worked upon with driller and ink. And again enters a state of stability when the ices ice completely transform to liquid water mixed with colour.
Applied to wider phenomenon may illustrates this transformation. A secluded indigenous culture for instance can be taken as a stable state of a system.  With equilibrium within, the nature, environment and untouched by other cultures. The state remains stable unless an interference of external agent induces change on the culture in the form of ideas. Injecting new ideas and hopes for a better future. These ideas can be numerous for example technology, development, modernisation or globalisation. Some times these dispersion of ideas are subtle and sometimes violent. The assimilation of the ideas takes time to penetrate the society. Breaking the substratum of the indigenous culture, knowledge and way of life slowly transforming it into a new culture, knowledge and way of life.
The process of change is accentuated in my work showing the transforming nature of being in a society. Transformation and change is always considered as a positive state of survival. It leads to difference and complexity, which is necessary for any society to sustain in a longer run. The work celebrates transformation and changes and glorifies the difference before and after it.

Whether or not, from the dawn of human civilization art has been made with several intentions, but the purpose remain same, to delight the senses of onlooker. My work is the intimate dialogue between my total being and the visual agents which constitute the medium. I have always tried to realize visual and emotional force simultaneously by treating the medium in a way where the viewer becomes a constituent part of the work in an undeviating way. I work “towards” something rather than “from”˗˗˗to transcend the creative process. This process enables me to create myriad visuals within a visual and the changing visual formation creates an illusion which compels the onlooker to participate not as an outsider but to involve with the ongoing process.
The natural tendency of both the mediums; the disintegration of ice and the disseminative quality of smell, the emergence and the divergence and the celebration with natural world explores the fleeting and ephemeral, notions of being and time and  vice-versa. In ice work, my intention is to provide full autonomy to the viewer to see the changing visuality within one visual. “Passion and Desire” has a long history. The “apple” which popularly symbolizes passion and desire, is taken in to consideration in my work titled “Impression”. The attempt is to show the signifying marks codified by culture that remain within the framework of subjective experience, dependent upon the unique way in which each of us mobilize in the contemporary rootless and materialistic era. This attitude of work seems particularly relevant in a world increasingly dominated by purely rational thought and money-motivated action.
The terms “absence” and “presence” are dependent upon the notion of being. Being is not inexplicable or transcendent, but exists within a framework or state. The work titled “Presence of Absence” is an attempt to explore the idea of metaphysics of presence by removing things from the studio subsequently and documenting it after each removal. Then, I placed painted white clips on the wall and floor in order suggest a trace of the history of the space. As it is said that no space is empty, I tried to suggest an “uncannyness” by removing the whole stuff leaving some traces behind.
“Smell Chamber” is the developed representation of the ice work, where my aim is to condense the visual dimension and create an atmosphere of realization to make a viewer “to conceive” rather than “to perceive” the work. The works consist of three chambers, two filled with coffee and chloroform and the middle one is empty. The intention here is to “draw in one’s head”, i.e.to make the onlooker to evoke his/her own momentary conception of being and time. By this process, my aim is to make a viewer to recall his “psychobiographical” experiences of the smell by sensing. The process will take place effortlessly and the viewer’s memory will become a “pscychogeograpy” of the work where innumerable visual formation will take place, and at this juncture the motto is to subvert the notion of art of being merely “visual”, I intend to create “psychovisual” art.