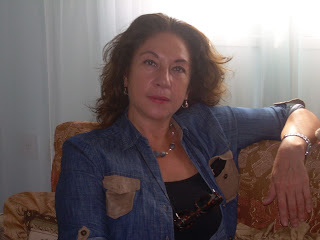 Artist and independent curator, Honored Artist of Azerbaijan Republic, member of Azerbaijan Artists Union, member of CIMAM. Received a Bachelor Degree in Monumental Art Faculty from V.Mukhina Institute of Arts, in St.Petersburg, Russia in 1983 and Master’s Degree in Painting from Azerbaijan State University of Arts and Culture in 1988.

Being well known with her early modernistic paintings, in the 90s she transitioned to conceptual contemporary art. She started to explore multimedia practices, where she uses her cross cultural background to create art works, including complex relationships between culture, politics and identity. Dealing indirectly with political issues, she balances aesthetics and concept with work that often verges towards the poetic. She is focusing on video installations and photo documentaries.
Shikhlinskaya has exhibited in large number exhibitions, among them 30th Council of Europe exhibition “Art in Europe since 1945” in German Historical Museum (Berlin 2012), Documenta13 in Pavilion of Critical Art Ensemble (Kassel 2012), “The Journey to the East” in Galleria Arsenal (Bialystok 2011) and in MOCAK (Krakow 2011), "PROXIMITY" in Docks on Seine (Paris 2011), Centre of Contemporary Art, Uyazdovski Castle (Warsaw 2009), 1st Tbilisi International Contemporary Art Event “Artisterium (2008). She was presented in 1stTbilisi Triennial “Offside Effect”(2012), 1stLand Art Biennial“MONGOLIA 360”(2010), 1st,2nd,3dInternational Biennial of Contemporary Art “Aluminium”(Baku 2003,2005, 2007), 4thInternational Painting Biennial of the Islamic World (Tehran 2006).
In the more than 50 exhibitions and projects curated by Shikhlinskaya, the social subject is also of high priority; often she explores actual problems of relationship between individual and society. Her project “USSR-remix” were presented in (Vienna 2012), (Tbilisi 2009) and exhibited in Center of Contemporary Art (Baku 2008, 2010), “Transkaukasia festival” Italian Passage (Warsaw 2010),Tou Scene Art Centre (Stavanger 2010). Shikhlinskaya has curated “Maiden Tower - To be a Woman” International Forum of Contemporary Art (Baku 2009). She continued gender subject in international video art exhibition “Openly” in Antrepo, Sanat Limani in the frames of “Istanbul- Capital of Culture of Europe” (2010).  She curated Azerbaijan’s 1st Pavilion at the 52nd Venice Biennale of Art (2007), group show “Steps of Time” Modern and Contemporary Art from Azerbaijan in Dresden Museum of Art(2008). Shikhlinskaya has initiated  series of Land Art projects in Azerbaijan and regions with “Labyrinth ” group and international participants (1999-2005).

PROJECT
The "doomsday" predicted on a calendar of Indians of the Maya, decline of one civilization, origin of the new one… It is only improbable hypothesis on possible events in the future. The modern mankind hasn't enough knowledge to prevent the apocalyptic scenario, but it's enough to muse on what we are ready to transfer to the future generations. The answer is: only that we create in the present and that we will keep from heritage of the past.  But, if we create while destroying, if we build while destroying, whether we break off link of times – whether we approach thereby the ending so "terrifying" us?  Whether we are its direct producers?
The economic recovery of the last years and the construction boom which has followed it, led to significant changes in the shape of modern Baku. Along with emergence of a set of grandiose architectural projects and the most modern infrastructure of roads and bridges, historical buildings and architecture monuments irrevocably disappear. At the end of the 19th and the beginning of the 20th centuries, in the period of the first oil boom, the Azerbaijani oil tycoons and patrons began to invite the European architects to turn Baku into one of the most beautiful cities in the Caucasus. Exteriors and interiors of buildings were decorated by families' monograms, sculptures of Atlases, the zoomorfny relief, the forged openwork balustrades and balconies… Those houses which over time have become historical and architectural monuments, were inseparable from the shape of Baku  developed over the years. This shape's uniqueness is in historical connection of cultures of the East and the West, in the layers of history which are tracing in architectural appearance of the city, created throughout centuries. According to the general plan of reorganization of the city, a lot of these houses, as well as other architectural monuments, are ruthlessly destroyed… Instead of them the modern buildings arise – the buildings from concrete and glass, comfortable, multistoried and "faceless"… 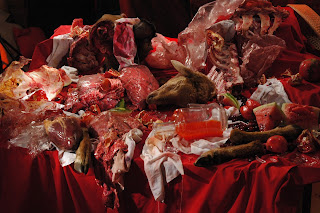 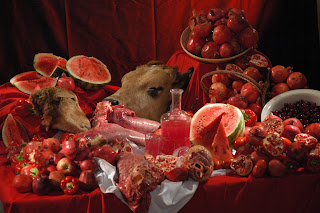 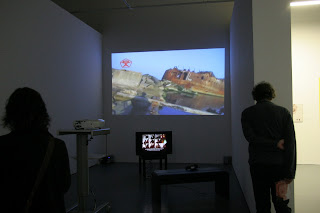